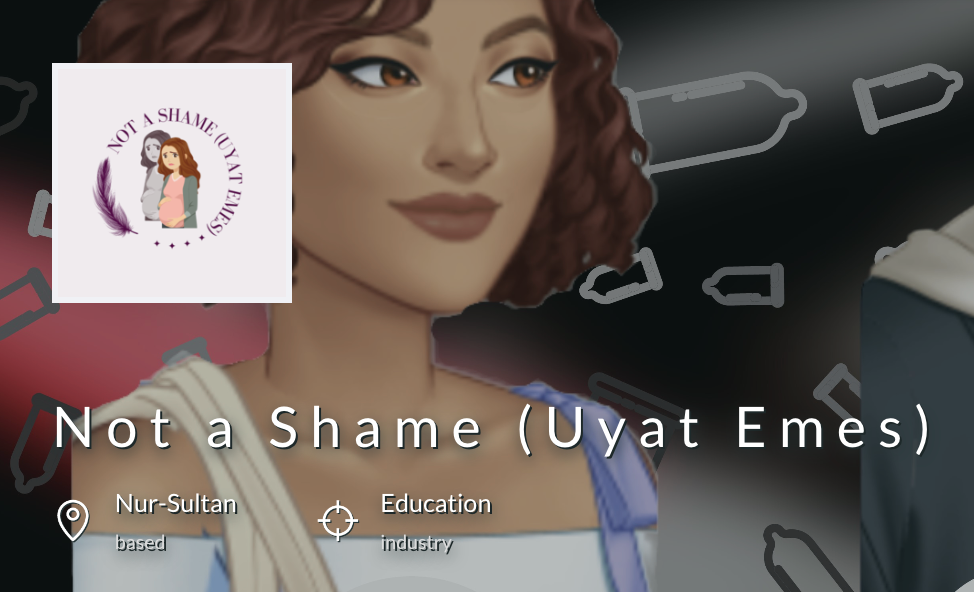 Alua has been working with others for years to overcome the stigma that accompanies education about human sexuality for and among teens. With the help of students and faculty in a unique global classroom, Alua was able to team up with four other passionate students from the American University of Central Asia (AUCA) and from Bard, and together they are building what could be the answer: an on-line game called Not a Shame. Their effort received a boost in December 2022, winning the global category in the annual  “shark tank for sustainability” pitch competition sponsored by Bard’s MBA in Sustainability.

Here is how the team explains the challenges young people face:

“Alexandra, 15 years old, is a high school student in a Central Asian country. Recently, she found out her friend was pregnant. Both Alexandra and her friend are scared and in panic; Alexandra started googling information on what to do in this situation.

Given how stigmatized pregnancy outside of marriage is in the region, especially when it comes to teenagers, it was unsafe for her friend to tell that to anyone. One other concern was abortion: they heard such an option existed, but did not know where to go. One suggestion was to take "a pill" that would withdraw the pregnancy on its own - but where would they buy it from?

They also had no idea what to do if the friend decides to continue the pregnancy and eventually give birth to the baby: all the available information was in Russian, but the only language they felt confident in was Kyrgyz.  Asking parents was not an option either; they would become too suspicious of Alexandra hiding something. And she did not want to spill her friend's secret to her own parents,

That exact night Alexandra was unable to fall asleep because of all the overwhelming feelings and stress.  Scrolling on the phone, she saw an advertisement for o Not a Shame, which seemed to be telling the story reminiscent of what her friend and she were going through. Alexandra always loved diving into someone else's lives and being in the characters' shoes in mobile games, so she got intrigued and clicked "Install" to see if the story had anything she could apply to her life.”

Existing sex education games are popular among teens around the world, but are not accessible to the many communities who do not speak English, Russian or other global languages. They can also fail to recognize different cultural nuances around sexual education and family planning. For example in some countries, the team notes that oftentimes purchasing condoms from grocery stores aren't as safe, because the products are often expired.

Not a Shame intends to close these gaps with a new game, expanding worldwide to serve teens in their local languages, and adapt its story-line and curriculum to culture-specific and local needs.The platform will offer a free version of the game, with paid tiers, and allows sponsored ads for the free version.

The Power of a Global Classroom

Not A Shame emerged from a fall 2022 global classroom course in Social Entrepreneurship, part of a three-course Global Certificate in Social Enterprise and Leading Change offered through Bard’s #1 ranked  MBA in Sustainability and the Open Society University Network.

The course brought together students and faculty from AUCA in Kyrgyzstan, Bard College in New York, BRAC University in Bangladesh, Al Quds University in Palestine, the American University of Bulgaria, Universidad de Los Andes in Colombia, and others. Students gathered once each week in an international zoom meeting led by Bard MBA in Sustainability entrepreneurship Professor Alejandro Juárez Crawford, and then met weekly in-person with local co-instructors who supported the development of their projects. Among the 21 total projects, the second and third place entries were both from Bangladesh: one focused on Pension Reform, and another on Urban Farming.

Students built out their projects on a unique on-line platform called RebelBase, created by Crawford and his team. Rebelbase combines a modularized on-line textbook in entrepreneurship that covers topics ranging from ideation to market-sizing to financials to social and environmental impact, with a social ecosystem that allows students from New York and Bishkek to collaborate effectively on projects like Not a Shame. Alua says their project developed “through immense help and support coming from the course instructors, as well as the RebelBase materials.”

Alua’s team was selected as one of the top three from among the worldwide participants in the global classroom, and in December 2022, the group participated in the Bard MBA’s annual pitch competition, Disrupt to Sustain. There they won a $1500 prize to help them develop the business. Alua notes that “during global class meetings and on local sessions, we were also given an opportunity to practice presenting the project.” Facing a panel of high-level judges gathered in New York, she said that  “thanks to that classroom experience, I was personally not puzzled by the questions the judges asked, nor did I feel nervous while pitching.”

Professor Bermet Suiutbekova, the team’s faculty instructor at AUCA said that Not a Shame “will bring a positive change to Central Asian countries. With the help of $1500 in prize money from the Bard MBA competition, the team is planning to release the beta version of the product in June of 2023 and go to market in July of 2024.” Together, this team of young people from opposite sides of the world are going to make a difference. 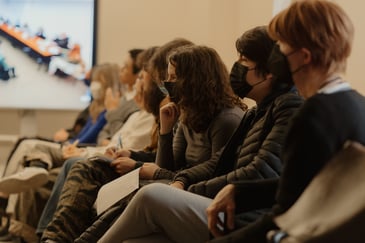 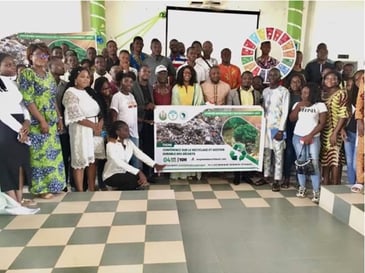