The Importance of Public Service During Times of Crisis

Eric Adams serves as borough president of Brooklyn, New York, advocating for a healthier, safer and better Brooklyn and New York City. A career public servant, he served 22 years in law enforcement as a police officer before transitioning into politics — serving in the New York State Senate and in his second term as borough president.

Adams is on a mission to tackle chronic disease in the African-American community and has instituted numerous health and wellness initiatives while in office. He recently released a book on the topic, "Healthy At Last: A Plant-Based Approach to Preventing and Reversing Diabetes and Other Chronic Illnesses."

The Impact Report series producer, Katie Ellman, speaks with Adams about police reform, leadership during the pandemic and how change is always possible.

Katie Ellman: You have spent your entire career in public service. What set you down this path and led you to want to first serve your city as a police officer?

Eric Adams: Over 40 years ago, little did I know that I was going to take a very painful moment in my life when I was arrested and beaten by police officers ... [and] turn it into a purposeful moment. And it's interesting that today's time of the rallies — it’s almost a "Back to the Future" moment for me because it was during these types of marches ... after Randolph Evans was shot and killed by police officers that a group of civil rights leaders sat me down with 12 other young men, 13 of us in total, and told us to go into law enforcement. And once I entered, I started an organization called 100 Blacks in Law Enforcement Who Care, and the rest is history.

Ellman: How has your experience as a person of color and a police officer, and now as a politician, shaped you and the work that you're doing currently?

Adams: Great coaches play the game already and they have taken the experiences of ups and downs, disappointments, [missed] shots and good shots, and they honed it into a teachable moment that they can transfer to someone else. And that's what I see myself now coming from a person who was victimized by police abuse, they'd go into law enforcement and moving up through the ranks to sergeant, lieutenant and then subsequently a captain and then the process learning the choke holds of reform within the system, learning the places that's preventing policing to be the noble profession that it ought to be.

And then moving on to the state senate to write laws. And now the borough president, it is the accumulation of all of those experiences that allows me to be a good coach to the young people that are now marching and to give them advice when they ask for it, but allow them to do their thing. They want to bring their own style into this move towards reform.

My goal is to allow them to build on what was already let up or put in place and not to start to build from scratch. I built on Rosa Parks; I built on [Martin Luther] King and Malcolm X and Marcus Garvey and learned from them. I read their books and learned their methods of moving forward. I built on Gandhi and Nelson Mandela, [going to] visit the jail cell that Nelson Mandela slept in for many nights. I saw the last steps that Gandhi took in India, where he sat and where he was shot. All of that knowledge allowed me to be successful in law enforcement, and now I want to hand on that knowledge to young people who are trying to be successful in reform.

Ellman: As a former law enforcement professional, what kind of conversations are you having at the local level, with your community, with your constituents and other elected officials?

Adams: I am extremely excited about energy that I am seeing every day from young people. At the beginning of the protests here in the city, I was alarmed and concerned because I was briefed by our counter-terrorism bureau, and there was a very dangerous element that came into the city with desire of burning down the city.

Their goal was not police reform, but their goal was to bring about violence and destruction. And when I spent the first few nights out marching with the protesters, I saw police cars being burned, I saw very aggressive and dangerous behavior.

I was able to speak with a lot of the protest organizers — Anthony Beckford is the president of Black Lives Matter, Brooklyn — and we were able to instruct them on what to look for, those who were trying to be provocateurs and really hijack a righteous movement, and through that we saw an immediate change in the protest to a more peaceful protest. The marches and organizers started policing themselves and moving out the dangerous element and not allowing them to violate what they were intending to accomplish. So, I'm excited about what I'm seeing.

Ellman: The COVID-19 crisis has greatly impacted our city, state and region. How can we as New Yorkers work together to keep all of us safe and healthy during this continuing public health crisis?

Adams: That's a great question, and there's so much we can do. There's only so much [the] government could do.

So there are things I believe that we need to do independently and as individuals. We need to make sure that we wash our hands as often as possible. Wear face coverings if you are outside, practice social distancing as much as possible. We need to ensure that our family members are doing the same, and if we feel any sign of illness, we should get it checked and tested to make sure that we are not spreading coronavirus. And then we should get tested for the mere fact that people can be asymptomatic.

And then we should volunteer. We should identify those seniors who need wellness checks. Bring our friends together and have a group of people who will call seniors and just check in on them ... and be part of the food delivery services that are taking place across the city.

Run errands — everyone knows the seniors on their block. Write down their addresses, and then even if you just do your block, you do your part. So this is the moment that good New Yorkers are going to step up, and ensure that they're doing the best they can.

Volunteer at a pantry — The Campaign Against Hunger has 3 million people and they have given out 3 million meals. Or join some other pantry and assist in any way that you could possibly assist. The lines, they get longer. Many people are in need. And so we need to be there for each other, and we can get through this.

Ellman: You are a vocal proponent of veganism. Why did you adopt a plant-based lifestyle?

And so this is a great opportunity — in the midst of all of this pain and uncertainty, it’s an opportunity to reintroduce New Yorkers and Americans to the power of food. Those who live in New York, they know my story of having Type 2 diabetes, losing my sight in my left eye, and I was losing in my right as well. The ophthalmologist told me that I was legally blind and I had to turn in my drivers’ license.

High cholesterol, my A1C, blood glucose level was so high, the doctor said he didn’t know why I wasn’t in a coma. I had nerve damage in my hands and feet. I was in a very bad state. It was after going to a whole food, plant-based diet from Dr. Esselstyn in Ohio. In three weeks, I was able to reverse my vision loss, and in three months my diabetes went into remission; my nerve damage went away as well.

My 80-year-old mother who was diabetic for 15 years, seven years on insulin, she followed me on a whole food, plant-based diet. In two months, she was off her insulin. 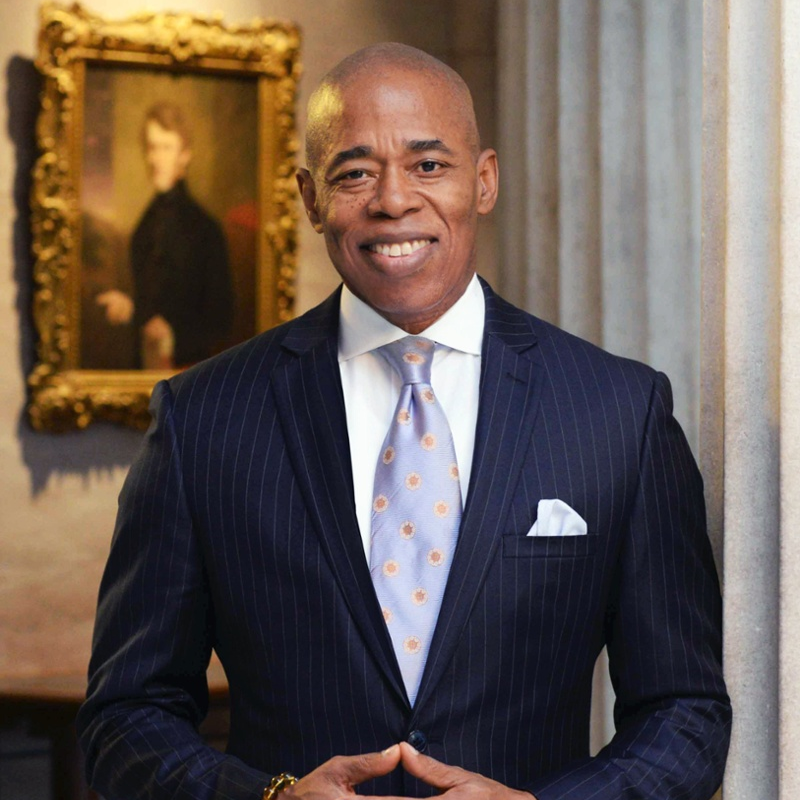 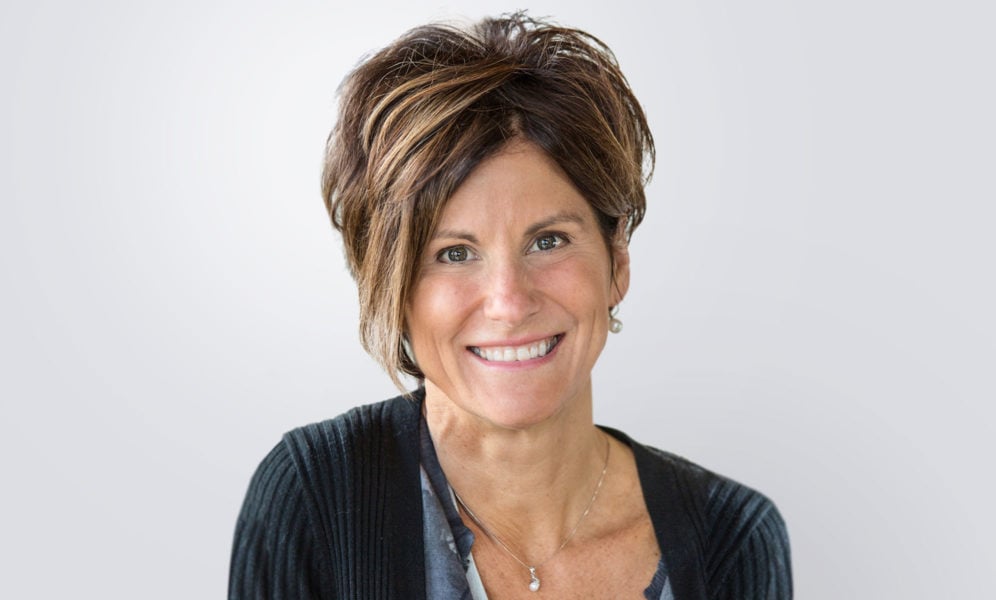 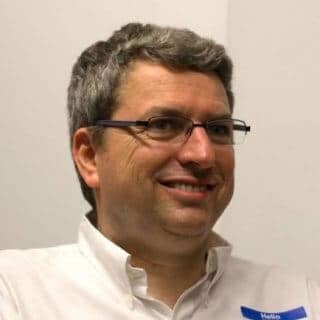 Infrared Technology Could Change Our Relationship with our Phones