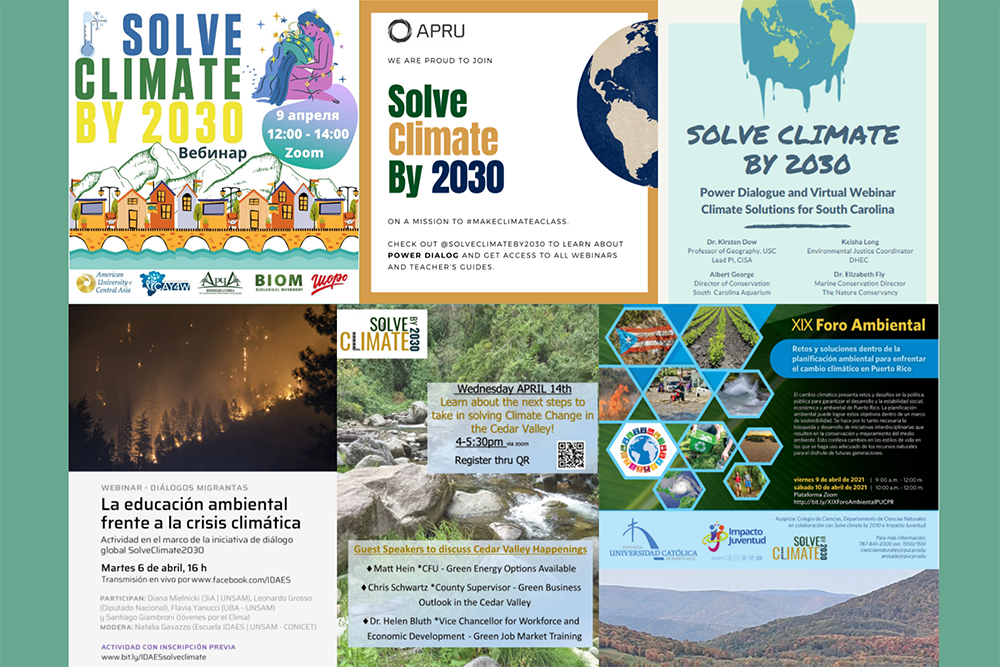 The April 6 launch of the OSUN Solve Climate by 2030 webinar series on regional and local climate solutions was a resounding success, with over 20,000 viewers tuning in to more than 100 university-hosted Global Dialogs on the topics of green recovery, alternative policies, and just transitions.

Over half of the webinars were international—streaming from Argentina, Bangladesh, Malaysia, Mexico, the Netherlands, New Zealand, Palestine, Peru, the Philippines, Poland, Rwanda, South Africa, Serbia, Singapore, Taiwan, UK, and Uruguay—with another 48 streaming from the US. Over 350 student and faculty volunteer organizers were engaged worldwide, along with over 50 university media professionals and over 300 climate experts.

Universidad de los Andes reported that over 450 people attended its dialog on interdisciplinary climate courses while Universidad del Norte in Barranquilla, Colombia logged over 1,000 viewers on YouTube. Network partner the American University of Central Asia in Bishkek, Kyrgyzstan, had 100 attendees for its webinar and Universitas Indonesia reported that over 650 people tuned in to hear a panel discussion by Indonesian government and civil society climate experts. Al-Quds Bard’s dialog with speakers from Palestine, Iran, and Turkey attracted viewers from throughout the Middle East and as far as Europe and the US.

"Be Courageous. #MakeClimateAClass" is a powerful video produced by Solve Climate by 2030 social media interns.

Eban Goodstein, project leader and director of Bard College's Center for Environmental Policy, aims to greatly augment the project next year. “As COVID recedes, we hope to expand beyond webinars, to a WorldWide Teach-in on Climate and Justice involving students at hundreds of universities and high schools across the globe. Our OSUN partners are leading the outreach to make this possible.”

If the positive response that occurred this year under COVID constraints is any indication, Solve Climate by 2030 has a promising decade ahead. 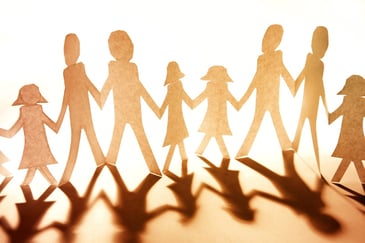