How to Solve Climate in Ten Years 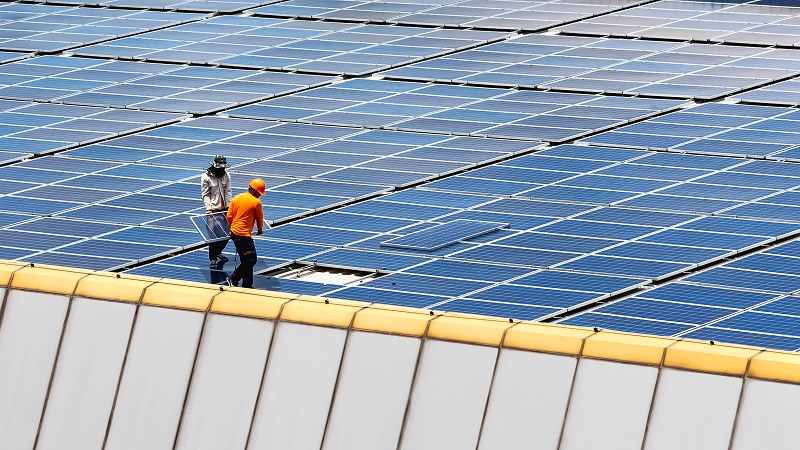 Back in 2018, the world’s top scientists gave us until 2030 to hold global warming to the low end of the Paris climate accord: 1.5 degrees Celsius. Fast forward to today, and this window is closing.  Indeed,  for a growing number of people, pessimism about whether we can stabilize the climate at all is starting to run very deep. The novelist, Jonathan Franzen recently crystallized this argument in The New Yorker.  It is time stop pretending, he said, that we can transition to clean energy fast enough to save the planet.

In two previous posts, I showed where Franzen went wrong in his thinking. While 1.5 degrees C is probably out of reach, 2 degrees is not. And, contrary to Franzen's argument, we are not doomed to enter a “runaway greenhouse effect” leading to a relentless upward spiral in temperature once we cross the 2 degree C threshold.  Moreover, 2 degrees of heating--- though it will be very challenging for hundreds of millions of people and natural systems across the planet—will not bring an end to human civilization.

The Antidote to Climate Despair

This moment in particular is no time to give up on stabilizing the climate, because in the past few years the path to deliver 2 degrees Celsius (or less) has gotten cheap, and it is getting cheaper very day.  Utility scale solar is already crushing fossil fuel across the world. In competitive energy bids in Colorado, Idaho, and California, solar plus wind plus storage bids are coming in at half the price of natural gas. Utility scale battery storage is already shuttering existing natural gas peaker plants. Very soon, distributed solar plus batteries will start to destroy the basic business model underlying the centralized grid. And at the Frankfurt Auto Show, Mercedes executives announced that they have designed the last gasoline power cars they will ever build. Add in driverless EV’s—Lyft says that half its rides will be driverless within ten years-- and the disruptive market dynamics become even more powerful. Mad Money’s Jim Cramer—about as far from an  environmentalist as you can get—wrote: “Oil's a goner. Natural gas is a goner. The oil complex is becoming un-investible before our very eyes.”

These transformative technologies are all arriving on the scene simultaneously, and just in time. They are here courtesy of decades of farsighted government RD&D spending in the US, Europe and China that drove down the cost of renewable energy to a level now competitive with, and rapidly getting cheaper then fossil energy. Because it was only a few years ago that these technologies were indeed expensive alternatives, many observers misjudge what it will take to stabilize the climate. Mainstream analysts like Cramer are just now getting it. And Franzen has failed to see it, instead sticking with an outdated idea that “a top-down intervention needs to happen not only in every country but throughout every country.. [and that] overwhelming numbers of human beings, including millions of government-hating Americans, need to accept high taxes and severe curtailment of their familiar life styles without revolting.”

Again, no and no. Running renewable price declines forwards means that by the mid 2020’s, the solar and the EV revolutions will be fully market driven. The policy challenge in energy and transport then is no longer top down, it is bottom up: tearing down obstacles at the state, city and utility level, and ensuring justice in the transition. For the next few years, it doesn't matter whether Florida’s state governments and utilities are still willing to get left behind. Because there will be plenty of folks in Beijing, Denver and Sydney, investing massively and profitably in further cost declines, and creating the new energy future. By the mid 2020’s even Florida Tea Partiers will be happy to make money transforming their energy system. Far from overshooting 2 degrees Celsius, as Franzen is certain we will, today we now have both the low cost technologies and successful business models to achieve the Paris goal of holding warming below 2 degrees C.

To imagine how we might actually solve climate change by 2030, watch this video by Silicon Valley entrepreneur and Stanford Professor Tony Seba, or read my paper with Hunter Lovins, or the summary here. The basic argument is that solar plus storage plus driverless EV’s will be soon be so cheap that they will blow the existing energy and transportation infrastructure to bits. These renewable energy technologies could spread quickly across the earth in the next decade, as smart phones did in the last: from zero to 2.5 billion users, one-third of the world’s population, in 10 years.

Perhaps, due to inertia and opposition from utilities and oil companies, it will take 20 years. Or 30. The timing, and how much global warming we get—low end or catastrophic-- depends critically on the level of political engagement by people like you and me with our states, cities and utilities. But regardless, “solar dominance” is coming. Ask the CEO of Shell or the analysts at McKinsey. And if we fight hard enough for it and focus on environmental education for others, we can absolutely hold global heating to two degrees C or less.

Will enough of us fight or will we collectively accept defeat? Read the final post.

Register for our next public event by viewing our comprehensive events page and RSVPing!

Sustainability Consulting Sounds Interesting: What Is It? Can I Do It? 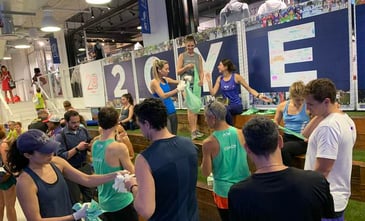