2 Degrees of Warming: Bad, Not the End of Civilization 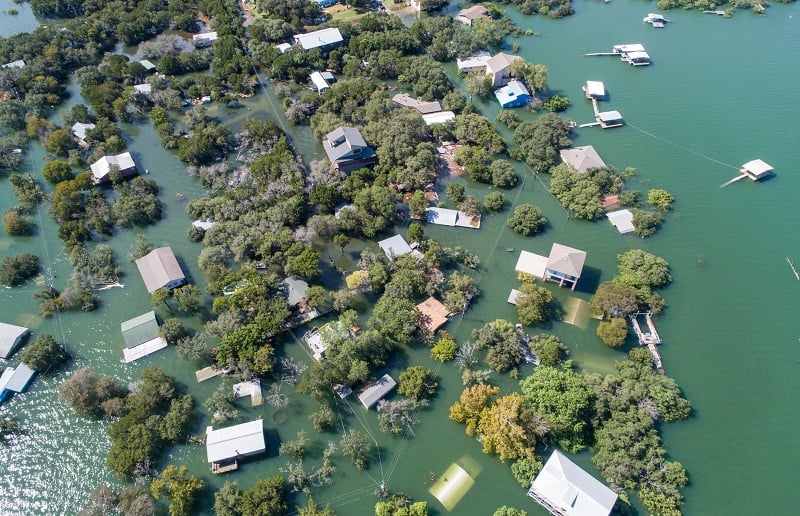 Climate despair is on the rise, with more people persuaded that it will bring with the end of the modern civilization. Indicative of this view, novelist Jonathan Franz maintains that we need to “stop pretending”, and admit that we are headed towards a climate-induced collapse of the global economy, where "the systems of industrial agriculture and global trade break down and homeless people outnumber people with homes." In the previous post, I showed that he is wrong on a key scientific point. Contrary to his assertion, scientists simply do not say that we will cross-over into an out-of-control, runaway greenhouse scenario soon after we hit a global warming of 2 degrees Celsius. In this post, I consider a related fear that is driving a rise in climate despair. Could 2 degrees alone be enough to drive global socio-economic collapse?

As I write this, more than a thousand people are missing in the Bahamas with 50 confirmed dead after  yet another record-breaking, monster storm fueled by rising water temperatures. The heating that we are unleashing on the planet will indeed likely lead to the specific consequences that Franzen describes: “massive crop failures, apocalyptic fires, imploding economies, epic flooding, hundreds of millions of refugees fleeing regions made uninhabitable by extreme heat or permanent drought.”  But the severity and prevalence of these outcomes is very much up to us. The more heat-trapping gasses we inject into the atmosphere, the worse all of these outcomes will become.

No Climate Collapse at 2 Degrees

Will the consequences of 2 degrees Celsius of warming trigger the breakdown of global trade and large-scale agriculture as Franzen believes? Not likely. And this is a very good thing: these are critical economic systems on which the billions of people who live in cities across the earth, people who very far from “local farming” depend. Despite the high costs of 2 degree heating it seems likely that most of the world’s cities, and the industrial processes that support them, will carry on. Here is a reasonable forecast for a world on a 2-degree warming path.

In 2080, my home in New York’s Hudson Valley feels like southern Indiana—about 9 degrees Fahrenheit warmer on average than in 1980, and 14% wetter. New York City is dealing with a very costly challenge of two feet of sea level rise and more severe storm surges. Most of the coral reefs on the planet (and the habitat they provide) are on a route to extinction. Miami and New Orleans are being abandoned, and across the planet, people are withdrawing from vulnerable coastal cities. Droughts and floods in breadbaskets around the world are much more frequent, new pests and disease vectors are constantly emerging, and globally, farmers are struggling to maintain yields. Regional famines, exacerbated by political instability are occurring every few years. Over a hundred million people have been displaced by sea-level rise, repeated crop failure, or economic collapse in cities where it is becoming to hot for people without air conditioning to live.  This many people on the move, as we see today, is causing ethnic persecution, regional wars, and reinforcing xenophobic politics. And to make matters yet more challenging, there are an additional two billion people on the planet then today.

As a consequence of this 2-degree C warming, the 21st century will not be easy for many humans. But for hundreds of millions of people the 20th century, and all the others preceding it, were also marked by periods of tremendous suffering. People have lived through famines and world wars and global epidemics, and the survivors picked up the pieces and move on.

At the same time across the coming decades, technological and social progress in many places on earth improves levels of literacy, environmental education, health, and nutrition. The application of sustainable, circular-economy business models begins to reduce most forms of pollution. Global population peaks. And perhaps most importantly, by 2080, very cheap solar energy and storage is ubiquitous across the planet. This solar dominance will eliminate the energy poverty that today holds back so many people, and end the corrosive politics of global monopoly control over energy as well.

Solar everywhere will also be the key to the resilience of global systems of trade, industry and agriculture. Cheap energy is the lifeblood of modern civilization. The ecological economist Herman Daly once wrote that following a new dark age, industrial civilization could never again arise. The reason?  We have burned up all the easily accessible, high BTU fuels—oil, coal and natural gas—so the industrial revolution can never be replicated. Future post-apocalypse humans would be limited to animal power and wood-burning technologies. And indeed, until very recently, the fossil fuel system was the one fragile, highly centralized link on which the whole chain of global industrial civilization depended. In the last few years, however, we have superseded that link. Soon, with access to cheap, decentralized energy everywhere, regional collapse or war will no longer threaten the social and economic systems of the rest of the world.

Overcoming Fears of a Climate Apocalypse

I am not minimizing the impacts of two degrees of climate change. It will cause misery and suffering, conflict and famine for hundreds of millions of people, reduce the quality of life for everyone on the planet, and become the primary driver of mass species extinction, impoverishing the world in many deep and profound ways.  But it will not end civilization. Can humans really cope with so many disasters hitting simultaneously? Yes, if we act now to drive a rapid transition to renewable energy. Over time, cities and entire regions will collapse and be abandoned, wars will be fought, refugees will suffer. But for billions and billions of other people, life will go on.

The point here is that, unless you have the hubris to be certain of the opposite view, that civilization will collapse soon, then the youth climate leaders are right. This moment calls the grown-ups to fight with everything we have to stabilize the climate. Because if we fail to stop at two degrees, and instead go to four, then the suffering and the damage and the extinctions intensify beyond our imagination. At some point, giving up could be the right response. It will be too late. But it is not today.

There is a final source of climate despair. It arises from deep pessimism about our ability to actually hold warming to the UN target of 2 degrees Celsius or less. Will that really be possible? Find out in the next post.

Explore our diverse event offering to learn more about how to apply sustainability in the workplace and beyond! 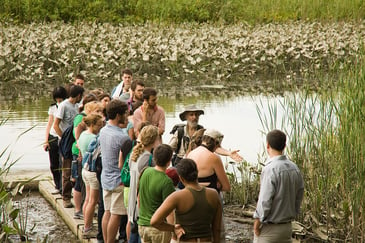 5 Myths About Climate Change & The Need for Environmental Education 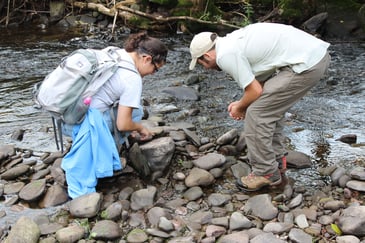 Hope and Resilience in the Face of Climate Change: My Year at the Hudson River Estuary Program